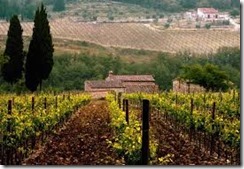 Adam Lechmere has me scratching my head regarding his latest in Club Oenologique.

He is enjoying his Sassicaia 2009 and Château Pichon Baron 2009, and thinks we’ve become too enamored with recent trends that ignore the old classics.

Authenticity is the gold standard, as it has always been. But authenticity should refer to what’s in the glass, not be subject to the shifting sands of fashion, the size of vineyard, the grapes’ ancestral claim to the land, the techniques used – or not used – in the winery. For me, authenticity is simply whether the wine has complexity, elegance and perfume. So hang onto your Sassicaia for a while yet.

But this is what has me puzzled. He collapses authenticity into quality. Complexity, elegance, and aromatic intensity/clarity are criteria we generally employ when assessing wine quality. They don’t address whether a wine is distinctive or an expression of place which is in part what makes Sassicaia distinctive.  (I’ll leave aside Pichon Baron since I’ve never tasted it.) And these criteteria don’t line up with any definition of authenticity of which I’m aware. He seems to be suggesting that authenticity has no independent meaning and should not figure in assessments of quality. Context doesn’t matter—how a wine is made, it’s history of emergence, and how it compares to other wines are apparently irrelevant since they are not “in the glass.”

And he apparently thinks factors such as vineyard size, winery techniques, or the traditional match between a grape varietal and region are not potential indicators of quality.

This is puzzling because one would think authenticity in wine has to do with terroir expression; and vineyard size, winery techniques and the matching of grape varietal with weather and soil have a lot to do with the expression of terroir. Vineyards that are so large that they encompass many soil types and micro climates will sometimes lose the distinctiveness of their aroma/flavor identity. High production cuvees must source from multiple vineyards thus compromising distinctiveness as well. Aggressive winery techniques surely can bury vineyard expression and some varietals are a poor match for soil and climate. It isn’t obvious why paying attention to these matters is merely chasing fads.

Granted if wines don’t taste good we won’t care about their origins. But it doesn’t follow that authenticity doesn’t matter—assuming we can define what it is.

That said, Sassicaia doesn’t strike me as a wine suffering from inauthenticity. The grapes are harvested from estate vineyards and annual production levels are modest—around 15,000-20,000 cases. As far as I know there is no filtering or aggressive winery techniques aside from the judicious use of French oak. And it is a distinctive wine, with an austere elegance that most Super Tuscans lack. It is made from mostly Cabernet Sauvignon rather than Sangiovese but surely Cabernet Sauvignon is capable of expressing Tuscan terroir. It’s been 50 years since the Marchesi went public with his heresy. Surely we don’t want to hang on to the idea that only Sangiovese can express Tuscan terroir. Lechmere is right about that.

Yet, he is also right that Sassiacia isn’t trendy. The reason why provides a clue for how we should think about authenticity.

Authenticity in wine is about preserving and encouraging variation, especially unexpected variation. And Sassicaia no longer provides that except for the variations in vintages. Sassicaia is the rebel from yesteryear, the innovation that spawned a new wine category and launched a regional quality revolution. It isn’t cool because it’s become the establishment. We know what to expect.

Thus, authentic wines are wines made in such a way that they are open to chance, to the unpredictable variations of weather and new combinations of soil, climate, varietal, and technique.

What’s in the glass matters but it matters in part because it leads us to make new connections with people and places and takes our preferences in new directions. Sassicaia is great because it’s delicious and because it was once transformative. But let’s not use it as a cudgel to beat down the new “Sassicaias” that we have not yet discovered.