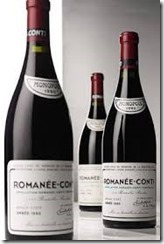 Oliver Styles raises several interesting issues in his post entitled “The Morality of Buying Expensive Wine”. But it’s important to note there is a bait and switch at the heart of his article. We are led to believe that he is answering the question “is it morally wrong to spend a lot of money on a wine?” But most of the article addresses a different question: Is it morally wrong for sellers to charge thousands of dollars for a bottle of wine? These are fundamentally different questions.

After reporting on a poll in which readers were asked about the “morally acceptable upper limit to spend on a bottle of wine,” he then launches a discussion of the morality of profit, especially profits driven by the scarcity of Grand Crus from Bordeaux and Burgundy. However, even if there were a coherent argument that excessive profits are immoral, it doesn’t follow that a consumer is morally wrong to spend thousands of dollars on a bottle of wine.

Consider these analogies. In the U.S., pharmaceutical companies make enormous profits by setting outrageous prices for the drugs they produce. Is the consumer then morally wrong to purchase those drugs if needed to fight disease? The answer is obvious. You might argue that drugs are a necessity and wine is not. But consider this example: because of limited supply and high demand, real estate prices in the tonier neighborhoods in the San Francisco Bay Area are astronomical. Is it therefore immoral for someone to freely choose to move there if they can afford it? I don’t see such an argument succeeding; the case of expensive wine seems directly analogous. No one has to live in on of those neighborhoods but it is morally permissible to do so. Similarly, no one needs a bottle of La Tâche, but purchasing one is morally permissible.

One might argue that someone could do a lot of good with that $5000 they spend on a bottle of wine if they were to donate it to a worthy cause. That is undoubtedly true, but again that is a different issue than whether someone is morally wrong to buy an expensive bottle. The issue in this case is “what proportion of one’s salary or wealth is one obligated to give to charity or worthy causes?” I don’t know how to provide a general answer to that question but let’s suppose there is an answer to it. Once that threshold is reached, there is no further moral question regarding the amount one spends on a bottle of wine. If one has the discretionary funds for an expensive bottle after the required social contribution, where is the moral issue?

But Styles doesn’t address these questions. He focuses instead on whether the price setting practices of the top wineries are justified. Prices, he argues, are in part a function of what is in fashion or what the wealthy find worthy, neither of which is a reliable indicator of quality. And he rightfully points out the absurdity of the “cultural icon” argument:

…in the case of France, and for anyone who regularly uses the line that wine is a cultural product (not a straightforward alcoholic beverage), I’d go so far as to argue that apportioning said cultural icon by price is utterly indefensible. I mean, I can hear it now: “These wines are markers of our civilization, they are interwoven with our heritage and with our identity. Our wines are a story of our place, our earth, our culture; they bring together our gastronomic history and savoir-faire. They represent our nation. So we only give them to the rich.” Where’s the egality and the fraternity in that?

Indeed. Style’s sentiment is in the right direction and there is an outline of an argument here. If wines are cultural icons like great works of art, they must be available for people to enjoy. They cannot inspire and influence culture if only the uber-wealthy have access to them. [I have a more extensive argument for this point in Chapter Nine of Beauty and the Yeast.]

Having made this point, there is a way of angling back to the question with which he begins, although Styles doesn’t take this route. Is it morally wrong to spend thousands of dollars on a bottle of wine if you can afford it? The only argument that has a chance of succeeding would look like this:

1. The practice of setting unjustifiably high prices for cultural icons is immoral.

2. People who purchase these expensive wines are perpetuating an immoral system.

Therefore, it is immoral to purchase these wines.

But, again, there is sleight of hand going on in this argument. What do we mean by “perpetuating” in premise 2? It is true that if everyone were to stop buying these wines, their prices would plummet. But nothing we do as individuals has a chance of influencing the collective behavior of the lengthy list of people trying to get allocations of Grand Crus wines. The problem of how to influence the workings of a market is a collective action problem. It requires many people acting in concert. Individual purchasing decisions are irrelevant, unless they are part of an organized boycott. By buying such a wine you are doing nothing that substantially perpetuates the system given the number of people who would happily fill your spot in line.

It is true that some activities are so egregiously immoral that to be associated with them undermines one’s moral integrity. To have acquiesced to Nazism or slavery for instance would qualify. But the practice of pricing wines is not harmful in the way Nazism or slavery is, and buying an expensive wine, if you can afford it, does not rise to that level of moral indifference.

One might not want to participate in the wine market for personal reasons but I see no moral issue arising from the purchase price of a wine.

Update: The original version of this post incorrectly identified James Lawrence as the author of the Wine Searcher post.