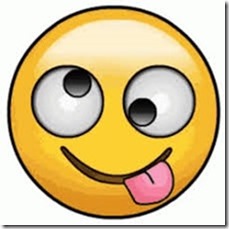 I sympathize with anyone trying to come up with a list of the best 100 wines of the year, in part because the idea of “best” is not and cannot be precisely defined when it comes to wine. But such lists by Wine Spectator and others are popular and drive wine sales despite the incoherence of the idea.

But that doesn’t excuse Wine Enthusiast’s decision to make a Prosecco the best wine of the year. I don’t recall tasting the Nino Franco NV Rustico Brut Prosecco so I remain open to being persuaded. But how good would it have to be to outrank the best that Bordeaux, Barolo, Burgundy, and Napa produced, let alone Champagne? Even if the sourced grapes and base wine happen to be wonderful, the charmat method of producing sparkling wine is inherently inferior to the traditional method of making sparkling wine. And Nino Franco produces over 100,000 cases  of the stuff per year so we’re not talking about a small lot with distinctive terroir. But I’m sure the Wine Enthusiast made Terlato (the owner of Nino Franco) happy with this first place showing.

Granted, Wine Enthusiast sells affordable wine to consumers most of whom cannot afford the best that Bordeaux, Napa or Burgundy produce. Perhaps their top 100 list is guided by affordability considerations. If so their list should be entitled the 100 Best affordable wines. That would be an interesting list and would have the additional virtue of being honest.

I have nothing against Prosecco and the critics at Wine Enthusiast know what they’re doing so I’m sure this is a lovely wine. But the best wine of 2019? I’m skeptical.

And  another odd piece caught my attention this week. In Meininger’s Wine Business International Roger Morris proclaims the emperor has no clothes. The almost universal acclaim among wine professionals for Riesling as a good food match is treated as a form of mass hypnosis:

For my palate, and I expect many if not most wine drinkers, Riesling is too often the precocious child whose parents think he is darling while the rest of us are edging toward the door. Its flavours and aromas, we doubters believe, clash with food. Trade people who love Riesling may not agree with this analysis, but the sales figures don’t lie. Even among people who drink Riesling, I suspect they buy it by the bottle and not the case.

This is a bit nuts. Granted, if you’re eating pasta and red sauce or a simple fish filet dressed with lemon there are better pairings than Riesling. A peachy Riesling won’t work with red sauce and, with fish, a light-bodied mineral wine is preferable. But with spicy or sweet dishes—Mexican, Asian, Cajun or Caribbean dishes—you want a wine with some sweetness. Not a dessert wine but a wine with 1%-3% residual sugar. Among the main varietals widely available at a wine shop, only Riesling is routinely made in a style with sufficient residual sugar to work with spicy or sweet foods. (Yes, you can get an over-ripe, over oaked new world Chardonnay, but don’t go there.)

There are many factors to consider in pairing food and wine but the most important is that the food should not be sweeter than the wine. Sweet food makes dry wine tastes thin and sour. Nothing will kill your expensive bottle of Pinot faster than a sweet and sour tamarind sauce.

Morris’s objection to Riesling and Asian food seems to be that Riesling is indigenous to Germany, not Asia, so the pairing with Asian food is unnatural. But there is nothing sacred about indigenous pairings. Maine lobster didn’t grow up with buttery Chardonnay but the pairing is delicious.

I have no idea why the general, non-expert wine-drinking public is resistant to Riesling. In fact they’re resistant to just about everything except Cabernet Sauvignon, Pinot Noir and Chardonnay. Riesling isn’t uniquely unpopular. But the reason surely isn’t that Riesling is a bad food wine.