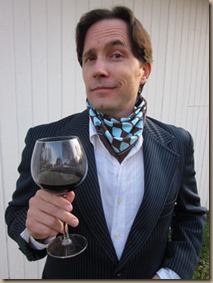 Oliver Styles at Wine Searcher asks “Can Money Buy Taste?” by which I think he means, “is your taste in wine best explained by the socio-economic class you occupy?”  Styles declines to answer the question claiming it’s “too vast a topic to cover in the space” but he invokes all the usual suspects when this topic comes up—namely Marx and the French social theorist Bourdieu whom he summarizes as follows: “the reason Lafite is a pinnacle of red wine is because the upper classes love(d) Lafite”.

Styles can use his space any way he wishes but in my space I can answer his question, in a word—no. Yet, Styles supplies several reasons to doubt that taste is nothing but a class interest.

Let’s take a moment to imagine that this might be true. If our notions of what is a “good wine” or a “serious wine” are defined by the preferences of several decades of the ruling classes, then all our wine education – from books to wine shows to WSET to MS and MW – is simply there to ensure that future gatekeepers toe the line. You have to know what is a classy wine and what is one for the hoi polloi.

This is an important point. I’ve met countless people who have acquired various wine certifications including the rare and coveted Master of Wine. A few may have been well-off but most are decidedly middle class/working class. Their interest in wine is not a product of their antecedently acquired class interest. Thus, the Marx/Bourdieu hypothesis must be that these middle class folks are acquiring wine expertise in order to qualify themselves for admission into the ruling class. This will come as a surprise to most of them because after becoming certified somms they will spend their lives scratching for a meager living to feed their grape habit. If you want to make money, getting into wine is probably not the most direct route.

Furthermore, the idea is just silly for anyone capable of distinguishing sugar from salt. The implication of the Marx/Bourdieu hypothesis is that the only difference between Lafite and bargain brand swill is the fact that Lafite is endorsed by the enforcers of good taste. I haven’t researched the eating or drinking habits of Marx or Bourdieu but I shudder to think what was on their plate. There is a difference and it’s plain to see for anyone taking an honest look.

Then Styles’ essay goes completely off the rails. He writes:

But even if we discredit Bourdieu, there’s so much cultural and “learned” understanding about what constitutes a good wine that we’d have to present a blind tasting to a tribe in the hills of Papua New Guinea in order to dismiss cultural or class bias. I wonder how many glasses would be picked up in the “respectable” fashion?

Jesus, I don’t know where to begin. Of course wine tasting is learned. That’s why people study it. It’s not orange juice. It takes both practice and knowledge to discover the properties and charms of good wine. No doubt the standards of wine quality are worked out by experienced wine lovers tasting and communicating about what they’re tasting. The good people populating the hills of Papua New Guinea would be unlikely to have enough familiarity with wine to get much from it. Judgments of wine quality are a product of human culture surely, and there often is a dominant aesthetic reinforced by taste makers who are in a position to be influencers.  But that does not entail those judgments are nothing but a bid to curry favor with the the beautiful people. The Marx/Bourdieu hypothesis simply assumes that all those Masters of Wine are sheeple following conventional taste unable to decide on their own what they like. That is not even remotely plausible.

Styles finally gets back on track with his penultimate observation:

And what of these new influencers – us? Well, a cursory Instragram search on something as bland as #wine suggests that, actually, Bourdieu might not be so right. I struggled to find a revered label – and I fully expected to. There were a fair few, but nothing like an ostentatious visual spatter of Sine Qua Nons, Screaming Eagles, Haut-Brions and Romanee-Contis. No; just a succession of unknown (to me) labels beloved, or paid to be, of the Instagrammer.

Well no kidding. Are there people who are just into showing off with the expensive wine they drink. Of course. Are some people afraid to think for themselves and just follow what they perceive is popular. Yes, although the wine education and systematic, thoughtful drinking gives people the tools to make their own judgments. Are we sometimes influenced by price and reputation? All the psychological studies suggests we can be. But there is plenty of blind tasting going on that removes the bias of price and reputation. That is what people learn to do when they acquire expertise in wine.

Finally, a cursory history of recent wine appreciation history would suggest something is amiss with the Marx/Bourdieu view. In the mid-20th Century there was an insular wine elite who were too comfortable with their tasting conventions and relied too much on reputation. Then along came Robert Parker with his iconoclastic attitude, love of ripeness, and 100 point scale to take down that elite. So who was reflecting a class interest? The old elite or Parker? Now Parker’s preferences have been challenged by people seeking lower alcohol, higher acidity and more balance. Who is the enforcer of a class interest here? These shifts in preferences and style suggest some people are capable of independent judgment. Are the people now successfully advocating natural wine gatekeepers ensuring people “toe the line”? That is ridiculous.

What drives shifts in wine styles is the search for something new and different. The old icons maintain some prominence because there is (usually) genuine quality there although complacency can be fatal. Just ask the people in Bordeaux if they’re feeling competitive pressure these days.

The wine world is a who lot more interesting than Marx or Bourdieu could imagine. In the end, Styles seems to get it although it would have been nice if he’d take a stand.

This anxiety among people who should know better that wine appreciation is bullshit is a tic that never seems to go away.

The deeper question that gets too little attention is what’s driving that anxiety.