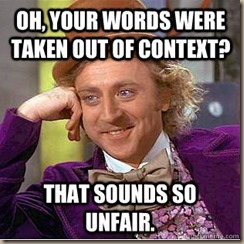 “There is no sincerer love than the love of food”, wrote George Bernard Shaw in 1903 in his play Man and Superman. I’ve seen this quote used extensively in food writing to spice up articles about this or that savory item. So I became curious about what Shaw might have had in mind.

In fact, Shaw put these words in the mouth of his character Tanner who was belaboring the absurd but unfortunately persistent idea that women sap the creative energy of men, especially artists.

TANNER: …Of all human struggles there is none so treacherous and remorseless as the struggle between the artist man and the mother woman. Which shall use up the other? that is the issue between them. And it is all the deadlier because, in your romanticist cant, they love one another.

OCTAVIUS. Even if it were so—and I don’t admit it for a moment—it is out of the deadliest struggles that we get the noblest characters.

TANNER. Remember that the next time you meet a grizzly bear or a Bengal tiger, Tavy.

OCTAVIUS. I meant where there is love, Jack.

TANNER. Oh, the tiger will love you. There is no love sincerer than the love of food. I think Ann loves you that way: she patted your cheek as if it were a nicely underdone chop.

The point seems to be that just as the act of eating devours its object, a women’s love seeks to devour its object and is thus akin to the “love” a tiger has for its prey.

I don’t want to litigate the sexual politics of of the late 19th Century, but I wonder how many people who use this quote out of context know of its unseemly and ridiculous origin.

There is, however, a perfectly innocent rendering of the meaning of the quoted words if we ignore the context of their origin. There is a sense in which our love of food is the most sincere if we mean by “sincere” wholehearted. Food is an everyday pleasure, something we can enjoy without reservation. We can be all-in with the love of food because it provides us with the means of life, it enables our activity, but also provides us with uncomplicated enjoyment. It is love with no strings attached.

Or at least food used to be “sincere” it that sense. Since the birth of nutritionism and the emergence of the ethical, political, and sustainability issues surrounding food, it is increasingly difficult to eat without reservation. There is too often that second thought about health or ethical consequences that inhibits the degree to which our love of food can be wholehearted. Life has become complicated. There is nothing that  is good without reservation.

So perhaps we should bury Shaw’s quote once and for all.

2 thoughts on “Kill It Till it’s Dead”