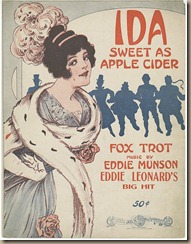 Studies investigating the effect of music on the taste of food and wine keep proliferating. In this recent report, test subjects, when asked to match food and wine with musical notes, assigned sweets to the high notes and savory flavors to the low notes. And in another study, a soundtrack with higher pitches made toffee taste sweeter than a soundtrack with lower pitches.

“We’ve shown that if you take something with competing flavors, something like bacon-and-egg ice cream, we were able to change people’s perception of the dominant flavor—is it bacon, or egg?—simply by playing sizzling bacon sounds or farmyard chicken noises.”

Bacon-and-egg ice cream—psych studies are getting quite exotic.   Spence has also shownthat subjects perceive potato chips as crisper and better-tasting when the crunch is amplified through headphones.

A few months ago I commented on a study in which the type of background music effects our perception of wine properties. Subjects in this study were given glasses of either Chilean Cab or a Chardonnay. Both wines were perceived to be heavier when listening to heavy metal music when compared to lighter musical fare.

We know that smell and taste is influenced by what we believe. These studies show that, in addition to that cognitive influence, the brain synthesizes various channels of information into a single impression well before we make those cognitive judgments about the sensory information we receive. All of this is happening independently of any conscious awareness.

It would be interesting to know whether trained winetasters can resist this influence.

Perhaps blind tastings should be silent tastings as well.