Kenneth Malik’s NY Times article “In Defense of Cultural Appropriation” is important generally, but specifically, it is important to the food world. As Malik reports:

In Canada last month, three editors lost their jobs after making such a defense.

The controversy began when Hal Niedzviecki, editor of Write, the magazine of the Canadian Writers’ Union, penned an editorial defending the right of white authors to create characters from minority or indigenous backgrounds. Within days, a social media backlash forced him to resign. The Writers’ Union issued an apology for an article that its Equity Task Force claimed “re-entrenches the deeply racist assumptions” held about art.

Another editor, Jonathan Kay, of The Walrus magazine, was also compelled to step down after tweeting his support for Mr. Niedzviecki. Meanwhile, the broadcaster CBC moved Steve Ladurantaye, managing editor of its flagship news program The National, to a different post, similarly for an “unacceptable tweet” about the controversy.

And, as Malik further explains, countless artists have had their work condemned as cultural appropriation because they depicted historical events or artifacts from cultures that were not their own. Essentially, cultural appropriation involves making use of someone’s else’s culture without their permission, and it’s often treated as a form of theft if not outright racism. Critics of the practice are motivated by a desire to prevent exploitation and allowing cultures to speak for themselves.  No doubt some forms of cultural appropriation are racist if the use is not respectful or traffics in negative stereotypes. But as Malik argues:

In the case of culture, however, what is called appropriation is not theft but messy interaction. Writers and artists necessarily engage with the experiences of others. Nobody owns a culture, but everyone inhabits one, and in inhabiting a culture, one finds the tools for reaching out to other cultures.

In fact, it’s hard to imagine what culture would be like without appropriation. Christianity flourished by incorporating the ideas of Greek philosophy. Islamic culture had a profound influence on medieval Europe.  Was the Beatles use of the Sitar cultural appropriation? The British got their enjoyment of tea from the machinations of the East India Company. Are Chinese people who make ramen appropriating Japanese culture, even though ramen is a descendant of Chinese noodle soups? Is an American chef who owns a Tapas restaurant guilty of cultural appropriation?

As I discussed extensively in American Foodie, white musicians were surely appropriating the music of African Americans in the 1960’s when the blues was resurgent.  But if it was done respectfully with a full understanding of the idioms and nuances it becomes a form of appreciation. And the history of food is a history of rampant cultural appropriation. After all, tomatoes were not indigenous to Italy; potatoes and eggplant did not originate in India. Yet today they are prominent in those cuisines.

Moreover, preventing cultural appropriation is unlikely to have much effect on racism. As Malik notes:

But imagine that Elvis had been prevented from appropriating so-called black music. Would that have challenged racism, or eradicated Jim Crow laws? Clearly not. It took a social struggle — the civil rights movement — to bring about change. That struggle was built not on cultural separation, but on the demand for equal rights and universal values.

To condemn all forms of cultural appropriation would entail that forms of cultural identification across ethnic or racial lines are impossible. Surely that is not likely to advance the cause of social justice. There is unlikely to be a hard and fast line to be drawn between cultural theft and legitimate use. We will have to learn to live with that ambiguity.

This chart from Pew Research tells you why the U.S. desperately needs a vibrant food and wine culture:

73% of Americans say its very important to work hard to get ahead in life. Only a quarter of the French think hard work is important for getting ahead. Even the hard-working Germans tally only 49 percent.

What does this have to do with food and wine?

As I argue in American Foodie, the culture of the table teaches us to slow down, savor the moment, put pleasure before production and care before commerce. That is the essence of the food revolution in the U.S.—a rejection of the production paradigm that values only efficiency and profit.

And when the robots come to take our jobs, which culture will best adapt to a world in which none of us are really needed any longer? Probably not the U.S.

It’s easy to joke about this but it is a serious matter. I tell my students this will be an issue in their lifetime.

Better learn to lift a glass or two, or three. 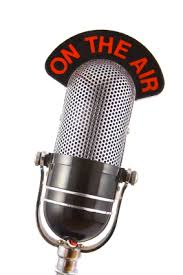 The food culture website I8tonite has a front page feature article with photos, a recipe and interview questions.

And Marilu Henner (yes that Marilu Henner from the TV show Taxi) interviewed me for her syndicated radio show. The podcast of my segment is below.

I’ve been doing lots of radio interviews in support of American Foodie. Here is a link to the podcast of my appearance on the Steve and Mike Radio show. It’s short and sweet.

It has finally arrived. My book American Foodie: Taste, Art and the Cultural Revolution goes on sale today.

Americans no longer eat to live; we live to eat. Food has achieved fine art status, a preoccupation as significant as the music we listen to or the books we read. Why has this dramatic change in our interest in food come to pass and what does it mean? I answer those questions in the book. But the thumbnail sketch is that our interest in food is an attempt to achieve control, authenticity, and playful creativity in a public world that increasingly threatens those values.

Whether you are a chef, a home cook, a culinarian, or you just love to eat, this book will explain why taste is a significant part of our lives. Reading it might even make your food taste better!

You don’t have to be a fan of sophisticated food to enjoy this often entertaining illuminating lecture on America’s current taste revolution….Simply Terrific.
— Publishers Weekly

Aww. Gee. Thanks Publisher’s Weekly. (The rest of the review is here.)

Available in hardback and ebook.