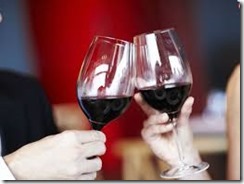 Robert Joseph at Wine Business International points to a really fascinating study that makes perfect sense when you think about it.

Two sets of consumers were shown tweets from the chocolate bar, Kit Kat. One group – the control – saw a post that simply stated “Start your day off with a tasty treat!”, while the other got to see “@twix, Competitor or not, congrats on your 54 years in business! Even we can admit – Twix are delicious”.

Eleven days later when they were asked about their purchases, the participants who’d seen the ‘praising’ tweet, were found to be 34% more likely to buy Kit Kat than the control group. Interestingly, despite the endorsement, Twix enjoyed no boost in sales.

If we extend the model to wine, where competitors may come in a number of forms, there might be another benefit: by talking about a range of other wines, praisers could build a rapport with potential customers whose tastes they share….A Burgundy grower could recommend a producer in the next village or, to show how much more open-minded they are than their parents, an example from Otago or Oregon.

In fact, I’ve come across this often when visiting wineries. Many wineries are quite willing to recommend the wines of other nearby producers because they benefit when the reputation of their region or sub-region is enhanced.

However, I would be surprised to learn this strategy is taught in business schools. The assumption that business is a zero-sum game—you can win only when your competitor loses—seems baked in to the American character.