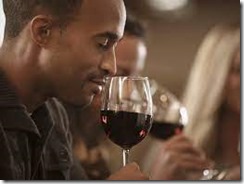 Last month, I linked to a newly published review article by Portuguese microbiologist Manuel Malfeito-Ferreira. He argues that wine tasting is fundamentally synthetic and holistic in contrast to the dominant model of wine tasting in the wine business which assumes an analytic account of sensory perception. The article is behind a paywall. However, it is important enough that I decided to try to reconstruct his argument as best I can (keeping in mind I am not a scientist and my understanding of the underlying research is at best superficial.) I’ve finally had a chance to read it carefully, so over the next few weeks I will be commenting on various dimensions of his argument.

The thrust of Malfeito-Ferreira’s argument is that wine is a complex, cognitively challenging aesthetic object on a par with other aesthetic objects such as music or paintings. However sensory science, and the wine tasting regime that currently dominates wine education, leaves out this aesthetic dimension. Traditional wine writers and some connoisseurs have long used terms such as harmony, finesse, delicacy, or elegance to describe what they taste. But these aesthetic terms are seldom mentioned in sensory science and are not central features of wine education courses.

The source of this misguided approach is a misunderstanding of the nature of taste and flavor perception. Malfeito-Ferreira argues that taste/flavor/texture perception is essentially synthetic. In other words, our processing of aromas, tastes, and textures integrates multiple sensory modalities and a variety of cognitive capacities, distilling complex relations that are caused by the chemical constituents of the wine but cannot be identified via a chemical analysis.

However, the dominant paradigm in sensory science is analytic. He argues that sensory science tries to identify which individual aromas are present as detected by trained assessors and then measures the intensity and duration of an aroma as correlated with the concentration of specific compounds causing the aroma. While such an approach may be useful in assessing simple wines aimed at the casual consumer, Malfeito argues this is inappropriate for evaluating fine wines.

In fact, while commercial wines are a fruitful object for analysis using cutting-edge analytical instrumentation (as exemplified in Baldovini & Chaintreau, 2020 and Welke et al., 2021), fine wines are better characterised by synthetic modalities (e.g. harmony, complexity) that are not so tractable using the standard methodologies of sensory chemistry and analysis.

This is not a new claim. A variety of writers including wine science guru Jamie Goode, winemaker and consultant Clark Smith, philosophers such as Burnham and Skilleas in their book The Aesthetics of Wine, and my own contribution Beauty and the Yeast have made similar claims. What is distinctive about Malfeito-Ferreira’s argument is that he marshals the scientific data supporting that perspective.

This change in perspective has some surprising implications and his argument is not without controversy. It is worth going through the argument in detail

The first bit of evidence he uses to launch his argument is the widely reported result that our ability to identify individuals aromas is sharply limited:

In an odourant mixture, when the number of aromatic molecules rises to 3, only about 5% of trained individuals recognised all of them, with lower percentages for mixtures of 4 or 5 (Laing & Francis, 1989). These authors posited that odours in mixtures blend to form a new odour with few of the characteristics of the original ones; this is being corroborated by further research (Frank et al., 2017; Marshall et al., 2006), some of which is related to wine (Ferreira, 2012). Therefore, the sense of smell is essentially synthetic and not analytic supporting the configural functioning of olfaction

If detection of wine aromas were analytic this would be fatal to the practice of wine tasting. The long list of aromas wine critics claim to identify would be imagined rather than smelled. But the research is demonstrating that aroma detection is synthetic. Thus, when a wine taster reports aromas of black currant, red berries, tobacco, and violet with hints of loam and pencil shavings, she is not reporting discrete aromas caused by particular molecules. Instead we sense the interaction of many molecules and their relations filtered through the complex architecture of the brain:

Briefly, odourant molecules aspired by both nostrils reach the olfactory receptors (ORs) in the olfactory mucosa. The perception of an odour’s quality is then a result of combinatorial coding, whereby an odourant can interact with several of the active ORs corresponding to about 400 intact genes. ORs can also be activated by several structurally diverse odourants (Kurian et al., 2021). The receptor neurons send the electric signals to the olfactory bulb (OB), where a “smell image” is formed, and then different signals are further assembled in the piriform cortex (PC) or primary olfactory cortex (Blazing & Franks, 2020). The OB also sends information, without passing through the PC, directly to other brain areas in the OFC (orbital frontal cortex) that regulate cognition, emotion, memory, and behaviour (Blazing & Franks, 2020). Thus the signals of volatile molecules go directly to the OFC, and the OFC is the most evolved part of the brain where higher cognitive functions make us human (Shepherd, 2017).

Aroma detection is not a simple matter of odiferous molecules striking a receptor in the nose. The orbital frontal cortex—the part of the brain we use to think, remember, and act—is intimately involved.

This is not to say we never sense individual kinds of molecules. There are “impact” molecules such as pyrazines or diacetyl that cause distinctive aromas. But that is against a background of this more complex model of how we process aromas.

This is only the first step in the argument. Next week we will look at the implications of this model of sensory perception on how we conceptualize a wine.