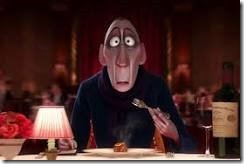 Last week, New York Times restaurant critic Peter Wells published a scathing review of one of the iconic restaurants in the U.S.—Peter Lugar Steakhouse. Luger has been around since 1887 and is considered by many to be New York’s finest  steak house, appearing on many lists of the best restaurants in the U.S. But Wells complained about every dish he tasted, as well as the price, claiming he felt scammed.

This is neither surprising nor noteworthy. Wells is well-known for the occasional vituperative, negative review and I’ve never been to Peter Lugar so I have no opinion to offer. But what I did find noteworthy is one response to Well’s review in Huffington Post by Nancy Koziol. Posing a question about whether critics are “out of touch” she writes:

But does Wells’ opinion really hold much weight?

According to Facebook, the steakhouse is still knocking it out of the park: It has a rating of 4.7 out of 5 based on the opinion of about 4,200 of the site’s members. Scroll past the last few days of reactionary reviews and it’s clear that people love Luger, which makes one question whether professional critic reviews speak to the average diner. Luger’s reputation on Yelp is great, with over 5,000 reviewers giving it an overall 4-star rating. Several 5-star reviews have come rolling in this week.

She then goes on to look at the continued popularity of several restaurants that Wells has trashed in the past.

The underlying assumption of the whole article is that the validity of food criticism is somehow dependent on whether it conforms to popular taste. A critic that goes against a Yelp rating is “out of touch”. This is beyond silly. If the purpose of food criticism is to conform to popular taste, then critics really are irrelevant. Since we have Yelp and Facebook to tell us what’s popular we don’t need critics.

This has it backwards. The purpose of food criticism is to hold restaurants to a higher standard than mere popularity. The relevance of food criticism today depends on the idea that what is popular may not be good, and someone with vastly more knowledge and experience than the average diner can provide a useful perspective on culinary matters. The problem with crowdsourced opinion is twofold. First, 1000 uninformed opinions do not add up to an informed opinion. Secondly, most human beings have a tendency to follow the crowd and approve of what’s in fashion. Crowdsourced opinion has no antidote to that tendency and is in fact nothing but a measure of “trendslavery”.

And so the food critic’s job is to point out when the emperor has no clothes. The last thing we want from a food critic (or wine critic for that matter) is to rubberstamp conventional opinion.