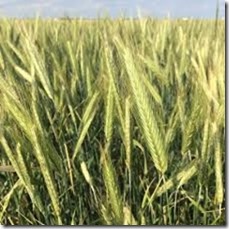 Last week I wrote about whether the concept of terroir could be applied to bourbon. Bourbon is made with at least 51% corn in the mashbill. My hypothesis was that where the corn and other grains in the mashbill  were grown doesn’t matter much as long as the grain is healthy. What matters in bourbon production is where and how the whiskey is stored and aged. The aging process is significantly influenced by the temperature of the surrounding environment, and so place matters at least in that sense. (The use of local yeasts might also be a differentiating factor)

Kara Newman in Wine Enthusiast adds another dimension to the concept of terroir in whiskey production. Reporting on some experiments with rye whiskey she writes:

The study found that whiskey produced from Pennsylvania rye had considerably higher levels of acetaldehyde, isobutanol and isoamyl alcohol than the samples from Minnesota and Canada.

“[These compounds] contribute fruity, apple-like flavor in the Pennsylvania rye whiskeys,” says Michael Foglia, director of new product development and innovation for Wigle. “There was a quantifiable flavor difference in the whiskey made with [Pennsylvania] rye compared with whiskeys with rye from other regions.”

Even Vodka made from rye showed flavor differences despite the fact that vodka is produced through multiple distillations making it an almost neutral tasting spirit.

Most bourbon has a significant amount of rye in the mashbill to add spice so, if these experiments with rye receive more confirmation, it may be that terroir will emerge as an important concept in bourbon production.

Among all the grains used in whiskey production, rye is the most intensely flavored. It remains to be seen whether corn, barley and wheat show similar regional differences.