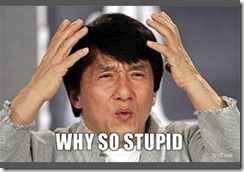 Since I’ve been writing and thinking a lot recently about the role of the wine writer, I couldn’t resist commenting on this post by Tom Wark. Tom links to an article in The New Yorker by Troy Patterson, Jr. entitled, “How the Orange-Wine Fad Became an Irresistible Assault on Pleasure” .

The linked article is a take down of wine drinkers who have latched on to “orange wine” as the latest hot trend in the wine firmament.  (Orange wine is a white wine allowed to macerate on the skins like a red wine giving it some color and tannins.)

There was honey in the aroma. An intense whirligig of tannins metallically attacked my mouth and, on the finish, there was an astringent sizzle, with undertones of acid reflux. Tasting notes described this as a “long persistence.” I found it to be a test of stamina. While I waited for the wine’s acrid smack to wear off, I meditated on how this chic but peculiar elixir reflected the terroir of the urban social landscape.

OK. So he doesn’t like orange wine. Most people don’t.

But Tom writes that there is larger issue at stake:

Patterson is not so much communicating his dislike of the Orange Wine genre or the challenge of many of its examples. Rather, he has his cultural critic hat on and is attempting to make sense of the embrace of difficult drinks by Nicheites. What is it, Patterson is asking, that draws a certain type to these new, challenging and oh so nouvelle drinks? …he is questioning the propriety of elevating unpleasantness to a point of trendiness and proof of superiority.

I agree with Tom—that is exactly what he’s doing. The problem is it’s bullshit. Patterson is claiming that people who drink orange wine don’t really like it—they just drink it because its trendy. Because many conventional wine lovers don’t like it,  it gives the “nicheites” a sense of moral superiority.

Really? They’ve been making orange wine in Eastern Europe for millennia. Those folks would be surprised to learn they really weren’t enjoying themselves. As for the current wine scene, wine lovers seek out alternative production methods because differentiation is the beating heart of wine culture. We naturally seek out differences because we get bored drinking the same thing all the time. Part of the excitement of wine are the differences that nature and culture conspire to produce from wine grapes. That’s not being trendy—it’s an essential element of being interested in taste.

Of course, not every difference and variation is worthwhile. The wine has to taste good and give pleasure. When made by people who actually know what they’re doing, orange wine is delicious.  I traveled to Friuli and Slovenia last year and had stunning orange wine that was not at all difficult to drink. I recently poured a Gravner (mentioned in Patterson’s article) for a group of knowledgeable, conventional wine drinkers skeptical of anything trendy and it stole the show. Granted, there are some bad ones out there. I tasted one last month in Prince Edward County, Canada that Patterson’s description fit perfectly. But there is a lot of bad Pinot and Chardonnay out there as well. Why would the bad examples define the whole category?

As to Patterson’s larger point that there is something inauthentic and feigned about people who pursue difficult tastes, Scotch drinkers would also be surprised to find out they aren’t really enjoying themselves. Dark chocolate, black coffee, stinky cheese, cured anchovies, sushi, durian, raw oysters—all difficult to eat at first but we persist and learn to like them. (Well, Duran not soo much) Were we just being trendy and sanctimonious when we persisted or did they offer something intriguing despite being challenging? There are people in all sectors of culture that merely follow trends and mimic what’s hip. That is not unique to orange wine drinkers, natural wine drinkers, or people who pursue “difficult tastes”.

Tom doesn’t necessarily endorse Patterson’s views on orange wine but he thinks Patterson is a talented writer and the wine world needs more like him:

He is fun to read. Very thoughtful. He possesses the ability to make intriguing connections between subjects and ideas….The problem with wine writing is that there are no Troy Patterson Jrs in the wine writing club.

No doubt Patterson has a way with words but his article is frankly stupid. I agree, we need more talented wine writers. But I shouldn’t have to swallow ignorance with my hyperbole.