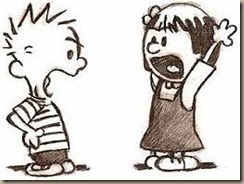 My post on wine populism last week elicited a thoughtful comment from Paul Wagner, founder of Balzac Communications, a leading wine marketing company. The comment was interesting because it highlights the markedly different perspectives someone on the marketing side of the wine business might have from someone concerned with wine appreciation.

To briefly summarize, I argued that wine populism consists of 5 claims, all of which I think are generally false:

1. The wine world is populated by snobs whose mission in life is to make you feel bad about your wine preferences or lack of wine knowledge.

2. There is no such thing as genuine wine expertise and little difference between fine wines and commodity wines.

3. Thus, the only relevant advice to give people about wine is that they should drink what they like.

4. People who have wine expertise have little understanding of the preferences of ordinary wine drinkers.

5. Thus, people with wine expertise are destroying the wine industry by making wine intimidating to people who lack such expertise.

Paul accuses me of creating a straw man by which, I take it, he means that no one actually holds the views I attribute to the wine populist. But it seems to me 1-5 are frequently invoked. The image of the wine snob is perhaps the most prevalent stereotype in wine culture which Paul grants in his comments below. And I’m constantly hearing from wine marketing folks that wine experts have to find some new way of talking about wine because our current approach is intimidating and unhelpful to consumers. Articles declaring wine tasting to be junk science or bullshit or that  question the quality of expensive wines are routine in the press. And I can’t count the number of times I’ve heard people in the wine sales and marketing business implore consumers to ignore the experts and drink what you like. As to #4, the claim that wine experts lack an understanding of the preferences of ordinary consumers, this is an assertion that is pushed vociferously by Tim Hanni, among many others, who claims that large percentages of consumers prefer sweet wine and have biologically-fixed incapacities to appreciate the dry wines promoted by the wine trade.

So I plead not guilty to the charge of creating a straw man.

Here is the rest of  Paul’s comment in full along with my responses in red:

“I do not consider myself a wine populist, but I would raise the following points:

1. There are PLENTY of people in the world of wine who use their arcane knowledge to one-up their colleagues and anyone else they meet. Often I find, to my great amusement, that their knowledge is incorrect, but that doesn’t keep them from doing it. And that fact that wine is widely perceived this way by every major market study argues against your claim that it doesn’t happen.

There are assholes, blowhards, and poseurs in every subculture. Wine is not unique in this regard. I was in the music business before entering academia and the same patterns of one-up-manship are found there as well, applied to obscure bands rather than obscure wines. If you want to find “arcane knowledge snobs” try talking to a scientist. (Obviously not all of them; there are exceptions) Yet no one claims science has only snob appeal. Where precisely are these ubiquitous snobs in the wine world? I visit 80-100 wineries each year and seldom find snobs in tasting rooms where the personnel are typically accommodating, although not particularly knowledgeable. Sommeliers used to be snooty but most are now ingratiating and strive to be helpful. Most winemakers are enthusiastic and engaging when talking about what they do. Wine educators and communicators seem to be generally aware that you can’t encourage wine appreciation by talking down to people. I think the only genuine wine snob I ran into this year was the tasting room manager at a very high end Brunello producer in Montalcino. (Napa has a few as well) The idea that wine experts are typically snobbish is one of those cultural memes that endlessly circulate without much evidence. I agree that people believe it, but it is a stereotype that has passed its sell by date.

2. Wine expertise is real. Expertise in selling wine, in understanding what people really want to buy, is sadly lacking on a massive scale. I would point you to the famous research study which showed that by providing more detailed tasting notes, winery tasting rooms clearly DECREASED the amount of wine they sold. Knowledge is power, and that power can be used for both good and evil (grin.) Nobody buys a Cartier watch because they want to know what time it is, and many people buy wine not because of the taste, but because of numerous other factors that appeal to them. The so-called wine experts usually refuse to recognize this.

This is the heart of the matter—the differing perspectives that yield different conclusions. I know little about selling wine or selling anything for that matter including Cartier watches. I’m sure you are correct that people buy wine for reasons other than taste. For those of us interested in wine appreciation and wine aesthetics we don’t refuse to recognize that fact; we just don’t find it particularly relevant. I think there are aesthetic reasons for appreciating wines and some wines have more aesthetic value than others. It’s the taste and correlative features such as origin and authenticity that matter to me and presumably the people I write for. The underlying assumption I make is that some people appreciate wine for its intrinsic value. That may be a small part of the wine world; but that is the community of which I am a part. For those of us concerned with wine aesthetics, the idea that there are no quality distinctions between wines is ludicrous.

3. You are correct. This is silly. But it is also silly that we have to take steps such as this advice in order to get people to lose their fear of ordering the wrong wine. It’s a real fear for many consumers. It’s the single biggest question anyone in the wine business gets asked: “What should I order?” And the question is asked because we have made people fear the social faux pas so much that it overpowers the attractions of wine. BTW, as someone who is also a serious musician, I am NEVER asked this question about music. People seem perfectly happy to listen to the music they like. Why shouldn’t they do the same with wine?

The phenomenon you point to here is no doubt real and surely a problem for people in the wine marketing business. It is a peculiar sociological phenomenon that people fear ordering the wrong wine yet don’t fear listening to the “wrong” music. For some reason people are less inclined to experiment with wine. Perhaps it is because wine is ingested. Perhaps it is because it’s easy to turn off music you don’t like whereas you’re stuck with a bottle you don’t like. Unlike in the past, music listening today is less social—we tend to listen in private. You can’t commit a faux pas in private. Wine by contrast is a highly social activity which a faux pas might damage. At any rate, I think you’ve raised an important issue here.

4. See my answer to #2. Consumers consistently mention “smooth” as the character most appealing in the wines they like. See Lettie Teague’s article in the WSJ to understand how the wine experts she contacted respond to this fact. Stunning.

This is exactly my point. People who think wines must be “smooth” to be good are missing a great deal of what wine has to offer. Experts know this and there is no reason why they should take seriously the idea that “smooth” is itself an aesthetic ideal. Not every wine-knowledgeable person is involved in selling wine. Wine aesthetics is about aesthetic value, not sales. The commodity aspects of wine cannot be ignored but wine is much more than a commodity. It isn’t orange juice. I have some sympathy for wine experts who acknowledge the aesthetic value of wine yet have professional responsibilities that involve selling wine. This is a difficult boundary to traverse.

5. Some are. Some aren’t. But the fact that some are should concern us. And the very day that your post appeared, there appeared other posts about the ridiculous tasting notes that wine experts use to describe wines in terms that range from the ridiculous to the factually false. The first rule of communication is that what is communicated is not what is said, it is what is heard. When you mention delicate notes of stone roses, candied persimmon rind, and under-ripe silphium seeds, you deserve to be called on the carpet for it. (Stone roses don’t exist, btw–but the term has been used to describe wine…!)”

Wine is a vague object and devilishly difficult to describe in words. We have a good generic vocabulary for describing wine using the standard descriptors used in WSET or MW classes. But that generic vocabulary fails to describe the individuality of particular wines. So I think wine writers need some latitude to use metaphor and other literary devices to describe a wine. But you are absolutely right about the bizarre fruit descriptors. I haven’t a clue what “stone roses” refers to. Persimmons have skins not rinds. But I don’t mind “candied persimmon” as a descriptor. But under-ripe silphium seeds? Ridiculous. But for any writer, knowing your audience is crucial. Obviously if your audience is novice wine drinkers, then esoteric descriptors do more harm than good. But again I would want to insist that not all wine communications are about sales.