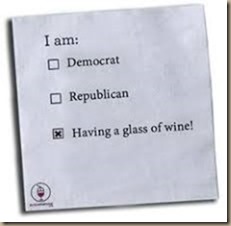 A tweet over the holidays unearthed some residual controversy over wine writer Jon Bonné’s article from last summer on the occasion of Anthony Bourdain’s death. Essentially, Jon Bonné’s point was that wine writing is in danger of becoming “fanboy literature”, ignoring the seamy side of the wine industry, and we need more Bourdain-type journalists who expose the truth.

Amber Lebeau at Spitbucket has a nice summary of the recent tweetstorm controversy which pitted Bonné against one Maureen Downey who was insisting wine and politics should seldom mix.

My initial reaction when the piece on Bourdain was published was supportive but conflicted. There should be more investigation of the political dimensions of wine but I hesitated over Bonne’s claim that we should judge the “moral condition” of the winemakers whose product we consume, if only because in most cases I know little about a winemaker’s “moral condition”.

But the original article implicitly raises a general question that is nicely framed by Amber—”are wine and politics strange bedfellows or drinking buddies?”

It’s important to emphasize that it’s beyond ridiculous to assert that wine writers shouldn’t write about political issues germane to the wine industry. That includes diversity in the wine business, the status of immigration and the treatment of immigrant labor, labor abuses including sexual harassment, climate change, the use of chemicals in the vineyard, and the closeting of great wines available only to the super rich. It goes without saying that writers who discuss politically –charged issues should be competent and well informed.

It is an industry that, because it’s viewed by outsiders as a nice little escapist haven from the real world, has a nearly pathological aversion to its less-than-perfect side.

Many of the tweets, as well as Amber’s post, expressed a desire for wine to be that safe haven that Bonne dismisses as escapist.

Is wine a safe space, an arena of aesthetic pleasure and conviviality which will be inevitably compromised by the conflicts and tensions of politics?

There is no doubt that the wine industry is selling romance. Wine is a symbol of the sweet life, a life of ease, pleasure and conviviality. I don’t think we can fault the industry for selling that because wine quite naturally lends itself to that image. (It is more than that as well, but I will leave that discussion for another day.)Thus, it isn’t surprising that many people see wine as a safe space, a place where the tribulations of the world can be suspended if only for a moment, and we can put aside differences and rejoice in the pleasures of life.

But that portrayal of wine is inherently political.

The enjoyment of wine (and food when enjoyment is the point of consumption) puts our lives outside the time frame of our obsession with the hamster wheel of production and consumption that drives the frantic pace of modern life. Wine prescribes a different use of our time—the time to savor the tissue of moment to moment satisfactions that sustain life’s meaning. With its emphasis on conviviality and good cheer, the wine life puts out of joint the authoritarian production paradigm that pits one person against another in a competitive space with a strict hierarchy in which sharing goes in one direction, toward the top of the organization. By contrast, wine and food occupy the space of hospitality where there is a hierarchy, the carer and the cared for, but relations of reciprocity and interchange are at its essence

The enjoyment of wine is not merely of the sensory properties of wine but the idealized meaning of a way of life. The mythology, the romance, is precisely the point.

But there is a political point to this that cannot be wished away in our zeal to preserve inner peace.

As French philosopher Jacques Rancière writes: “Politics is primarily conflict over the existence of a common stage and over the existence and status of those present on it.” And  Rancière thinks aesthetic objects, such as art but I would guess also wine, play a crucial role in politics so defined. Art defines ways of being together or being apart and changes our assumptions about who or what belongs in the same space. (Think of paintings or films that put people or objects in a shared space quite different from their juxtaposition in ordinary life.)

Wine defines a common stage, a particular way of being together outside the time and space of the production paradigm. But as such it then cannot turn around and ignore questions about who gets to be on the stage and what their relationships are. Or to put the point differently, the romance of wine precludes judgments like “I don’t have time for you” or “my pleasure depends on your pain”.