May 9, 2018 Dwight Furrow Philosophy of Food and Wine, Wine Culture Leave a comment 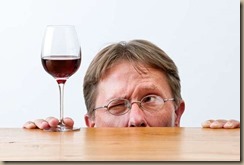 Jamie Goode’s recent post “We don’t want our wines to taste nicer, but truer” marks an important distinction, although, as usual, I will want to quibble about it.

He argues that most wine consumers prefer wines that are soft and fruity because they taste “nicer”. They prefer these wines for the perfectly good reason that they lack the understanding and experience to profitably taste more challenging wines.  But he rightly argues that for wine lovers with more experience, we should want wines that reflect their origins. He uses cheese lovers as an example:

But let’s make a comparison with cheese. I don’t want someone to take my cheese and make it taste nicer. I want Comte that really tastes of Comte; I want Cheddar with a strong spicy tang; I want goats cheese that’s even a bit alarming at first for its goatiness.

Ordinary cheese consumers are like ordinary wine consumers. A block of mild, creamy, supermarket cheddar is adequate. Too much “goatiness” in a goat cheese would be off-putting.

That there is such segmentation in the market is fine. Not everyone is going to be an oenophile or cheese expert, although he warns wine producers that chasing the price-sensitive low end of the market doesn’t always produce long-term success.

In the end its the differences produced by local terroir that matters.

Generally speaking, though, as with cheese, I don’t want my wines to taste nicer: I want them to taste truer. Where there are wines of terroir – expressing a local flavour – I really want to buy one of these wines that tastes of where its from. That’s what makes wine interesting. Of course, this local flavour is partly derived from the site, which is the conventional understanding of terroir. But terroir as expressed in a wine is an interpretive act. It’s the combination of site, plus the variety (ies), and the choices of the winegrower. Local cultural practices can contribute to the local flavour. Some places have more local flavour than others. That’s just how it is. With wine, if you have a local flavour, no one can copy you.

The implication here, which I think some will find controversial, is that appreciating origins is more important than a purely hedonic response. Wines that express their origins may be less enjoyable than some commercial wines. Appreciation of “terroir wines”  is a more intellectual satisfaction, an appreciation of the meaningfulness of the connection between the flavors and textures in the glass and the land and people who make the wine. But it is more than just that connection. It’s about distinctiveness and individuality. As he says “if you have a local flavour, no one can copy you”.

That last sentence is important. The essence of wine appreciation is the recognition of meaningful difference, appreciating wines as particulars, unique individuals.

But here is the problem. To require that a wine express its “local flavor” is to require that a wine exhibit typicity, that it be typical of the region or vineyard in which the grapes are grown. But if differentiation and individuality are the standard, shouldn’t we also admire the atypical, the wine that seeks its own path, that refuses to conform to local expectations?

There is tension between the criterion of typicity and the criterion of individuality. Wine producers that are comfortable with their wines’ expressing typicity are a bit like aging rock stars pounding out their hits at a casino, a parody of their once creative artistry.

I, for one, while appreciative of true wines want different wines. The search for terroir is indeed an interpretative act but one that seeks continual self-overcoming.