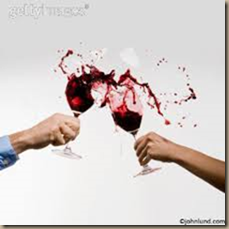 It wasn’t so long ago that wine lovers were snapping up the most powerful wines they could find—huge, alcoholic fruit bombs with sumptuous, ripe tannins, and high-toast oak designed to get high scores from wine publications. Cabernet Sauvignon and buttery Chardonnay were king.

Then tastes began to change. Led by somms, writers, and winemakers, such as the members of the association In Pursuit of Balance, over-ripeness, high alcohol and overt oak were out. Subtlety, nuance and elegance were in. Pinot Noir and leaner whites had their place in the sun.

I’ve noticed that in recent years a new generation of wine people have emerged who seem to get wine – a group that encompasses winemakers, retailers, critics and agents. They have a more-or-less shared taste, in that they prefer elegance over power, dislike over-ripeness, delight in wines that express a sense of place, aren’t afraid to explore new flavours and lesser known regions, and at the same time respect the classic European fine wines.

These are the people who should get to decide what is fine and what isn’t.

So where are we now? In Pursuit of Balance closed up shop a couple years ago having made their point, although it isn’t clear they had much influence on the market. Cabernet is still king although Chardonnay has become decidedly leaner and more vibrant. The fruit bombs still get high scores although the more nuanced wines also receive lots of critical notice. Thanks to climate change, trying to keep alcohol levels to 14% may be a lost cause. But I taste a lot of wines with alcohol hovering around 16% that wear it well and have plenty of vigor and personality. It increasingly looks like alcohol is non-linear with balance a matter, not of an absolute number, but of hitting the sweet spot that’s right for a particular wine.

It seems today we have more pluralism. Regarding power or elegance, it’s not either or but both and more.

I personally hope this debate never gets settled. The very best wines exhibit both power and elegance. With good grapes in skilled hands power and finesse are not contradictory. Furthermore, intensity and harmony have always been central aesthetic criteria in the art and music world. The wine world should be no different. A mature critical community can handle the turmoil of such disagreements without having to enforce the straightjacket of a particular style.

Especially in matters of taste, adaptation is the settled fact. We get tired of one style after awhile and inevitably seek difference. That is as it should be. When we get comfortable with a single style that’s an indication that a single group of tastemakers has too much power.