A daily sample of thoughtful writing and discussion from (mostly) independent wine blogs: 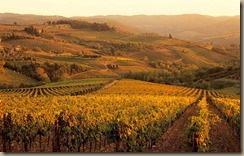 Celia Drinks ponders the difficulty of describing aromas and wonders if a dedicated linguist might give us a richer vocabulary.

The Wine Curmudgeon covers the sale of Acrobat to Foley Family, wine for the royal wedding, and irrigation robots.

Mike Veseth, the Wine Economist, explains the success of Cooper’s Hawk Winery, one of the larger wineries in the U.S and located in Illinois.

Tom Hyland uncovers the stars but also some of the problems with the 2013 vintage in Brunello.