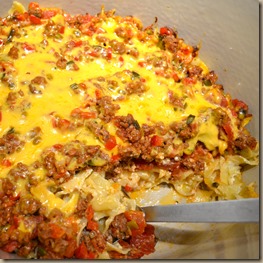 I’m not from Texas so I have no stake in this fight. But the recent article in Eater about bragging rights over the most important cuisine in Texas demonstrates how deeply silly food politics can be but also how it reflects deep seated cultural conflict. The story as told by Meghan McCarron is a meandering tale with a moral that is hard to discern. But it seems to go roughly like this. For many years chili was the state dish:

The official version of chili con carne can only be made by people from Texas. It’s literally the law: In 1977, the 65th Texas Legislature enshrined the stew of beef and chile peppers as the official state dish, but also an official version of the dish, declaring that “the only real ‘bowl of red’ is that prepared by Texans.

That’s the silly part. What is it about chili that someone from Minnesota just can’t grasp? But at any rate, chili was originally popularized by the chili queens of San Antonio—Tejanas or Mexican women who sold chili on the street to hungry working people. They are unmentioned in the state resolution.

But today there are powerful movements afoot to make smoked brisket the state dish pushing chili off the foodie radar and off menus as well. This seems to be true. I recently spent three weeks in Texas and had to search for a restaurant serving chili. It’s hard to find a neighborhood without a barbecue joint on every corner.

Why the move to elevate brisket? Despite the rootedness of barbecue in black culture, the brisket craze is the purview of white men. Racial and gender politics are at the heart of involved. Chili was made by women and moreover is part of the Tex-Mex cuisine that is also being marginalized despite the fact that it’s a cuisine that most Texans eat every day. McCarron argues that it’s really Tex-Mex cooking that is the heart of Texas foodways. Yet the old family restaurants are closing or struggling to make ends meet and no one is entering the market to pick up the pieces.

If Tex-Mex really is the comfort food that Texans adore, why are restaurants struggling? The answer is buried toward the end of the article but, plausibly, she argues it’s because people have the expectation that Tex-Mex food should be cheap. As labor, materials, land and building costs rise it’s impossible to take Tex-Mex cooking to the next level. Barbecue joints by contrast can get $20 a lb. for their meat.

She also insists that Tex-Mex has gotten a bad rap as being inauthentic.This is a pet peeve of mine. Tex-Mex, like Sonoran cuisine in Arizona or Cal-Mex in Southern California, is border food. The people who eat it have adopted their food habits to fit what’s available in their location on the border. They are real people with genuine food traditions of their own; it’s as authentic as any other cuisine.

That said there is no question that Tex-Mex needs an infusion of innovation. McCarron waxes poetic about “sizzling fajitas, cheese enchiladas, frozen margaritas, queso, breakfast tacos, Frito pie, barbacoa, puffy tacos”. OK. I love a good guisada as much as the next person. But there is an awful lot of been there, done that at Tex-Mex restaurants. How many plastic-cheese-drenched combination plates covered with iceberg lettuce and pallid, pithy tomatoes does one life need?

While family-run Tex-Mex restaurants might vanish, the key delights and innovations of Tex-Mex are in no danger of disappearance: Fajitas are in every Applebee’s; queso is on the menu at every Chipotle (for now); chili and nachos grace every tailgate; and margaritas end the workweek across America. Tex-Mex is infinite and eternal.

This is part of the problem. The fact it has been colonized as the corporate version of Mexican food only reinforces the idea that Tex-Mex is cheap and enjoyed only by people who don’t like food. Mamas don’t let your babies grow up to be corporate drones.

What Tex-Mex suffers incessantly, in media, in casual conversation, in its relentless commodification to enrich corporations while family-run restaurants struggle to stay afloat, is a lack of love. Or, to get confrontational, a patronizing disrespect. It is stereotyped as cheap without even the backhanded compliment of fetishized authenticity.

If you want love you need some love handles. McCarron’s solution is probably the only viable one:

Though if the next dish to sweep across America might be brisket tacos, within Texas the larger trend is, as Dallas-based writer and editor José R. Ralat says, Tex-Mex becoming more Mexican. Newer arrivals have always influenced the cuisine, but Ralat sees that cycle accelerating as cooks and chefs cross back and forth across the border more often — as do ingredients.

New people with new ideas. That’s the solution to most problems. And getting the taco officially recognized as a state treasure would help. But her final paragraph doesn’t hold out much hope:

A state legislature dominated by a Republican party at war with itself, fixated on barring trans people from using public bathrooms and cracking down on cities seeking to protect immigrants, is not likely to enshrine the taco as the state’s official food. But doing so would both capture the 21st century zeitgest of the state, and fulfill one of Texas’s most cherished obsessions: pissing off California.

I’m Californian—we don’t get pissed about such things. It must be a Texas thing.