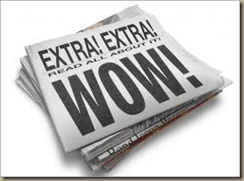 The rain was good while it lasted. It looks like drought is returning to California. There is currently very little snow in the mountains.

Economists are arguing that terroir began as a marketing concept in the 18th Century in order to protect the interests of the politically connected. Some will try to use this study to claim that geographical distinctiveness (terroir)  doesn’t exist. That would be a genetic fallacy. The truth of a claim does not depend on its origins. Will they care that their argument is illogical?

Speaking of a marketing scam, Beaujolais Nouveau continues to get people excited about swill. Now the Japanese are planning to import Sake Nouveau to France. My first reaction was to wonder why they would copy someone else’s bad idea. But the French chefs promoting unpasteurized sake are quite high on it. I’m sure they are unbiased.

Pinotage is the zombie grape. You just can’t kill it. Some South African winemakers are apparently taking it seriously again. Why? Is anyone clamoring for flavors of rusty nails or bandaids.

As large distributors consolidate, small distributors have to merge to compete. I’m not sure that’s good for small wineries who get lost in the shuffle.

The ridiculous federal policies toward immigrants are putting Ag businesses in a difficult position in California.

A Chinese study suggests that if you drink alcohol, you should drink ice tea.