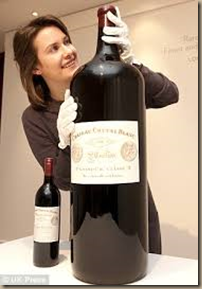 Two articles caught my eye recently about storied wines that are getting hard to sell. Several Italian restaurants in New York and Chicago report declining sales of Chianti as Super Tuscans and riper wines from emerging regions in Southern Italy gain in popularity. But the cited explanation for the decline is a conundrum. Some say it’s because customers prefer softer, riper wines with less acidity that are easy to drink. Others claim that Chianti has adapted to this new style by adding soft, easy-drinking Cabernet and Merlot to the blend and has lost its traditional appeal. Can they both be right?

Along the same lines, California Syrah was booming in the 1990’s but has now fallen on hard times with many wineries abandoning the grape because consumers won’t buy it. Here, the explanation seems a bit more straightforward:

Statewide, we all witnessed the Syrah boom of the 1990s,” says viticulturist Greg Adams, winemaker for Baker Lane Vineyards in west Sonoma County. “A planting frenzy was ignited by a few quality-focused producers, and being a high-bearing variety, every farmer seemed like they needed to get in on the Syrah gold rush before their neighbors did, only to spark an unsustainable growth of a relatively marginal grape variety….The way this translated into the marketplace was with an ocean of average, overripe Syrah, which ended up being discounted due to an unmarketable oversupply,” says Adams.

There is a common theme here isn’t there? Consumers demanding more ripeness and bigger flavor. Wineries chasing the latest trend give it to them. But then the consumers get bored because over-ripe wines are, well, boring and so they lose interest.

You can blame the wine industry for chasing a fast buck but that would be like blaming lions for being predators. The real problem is consumers who think every wine should taste like Cabernet, and then wonder why they get bored when every wine tastes like Cabernet.

*Yes. I know Cheval Blanc (pictured) is elegant Cab Franc and Merlot but I liked the picture.