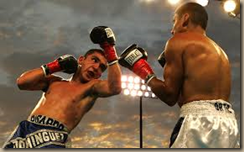 It’s not exactly Pacquiao vs. Mayweather but every once in awhile wine critics square off against each other and try to land a few blows.

In one corner are the demystifiers—wine writers who think wine is too complicated and precious. With a  little plainspeaking and a few comments on the objective features of wine, they argue, the scales will fall from the eyes of the average wine consumer, who will then fall in love with wine, while remaining blissfully ignorant of terroir, tannic grip, or malolactic fermentation.

In the other corner are the connoisseurs—experts, long on experience, and well-versed in the endless subtleties of wine who employ the arcane argot of winespeak that leaves most ordinary consumers scratching their heads in bewilderment.

Recently, Jeff Siegel (AKA The Wine Curmudgeon) occupied the d-mystifier’s corner. In criticizing a glossary of wine terminology that included the word “hedonistic”  he writes:

Again, this is not to criticize Teeter, who is probably trying to help, but to point out yet again how most post-modern wine writing has little to do with the average consumer. It’s as if they’re writing a movie review that discusses camera angles and editing techniques instead of the plot, and then getting angry when someone asks them what the movie is about.

And what’s worse is that they call those of us — who want to write intelligently and clearly, who want to educate wine drinkers and not preach to them — a variety of not very nice names. I’m not going to link to them, because it’s not worth the aggravation and the Internet sniping that will ensue. But two prominent California wine writers have recently questioned whether people like me are competent to write about wine. Our sin? That we try to make it less intimidating and confusing, when real wine writers know wine is supposed to be intimidating and confusing. Otherwise, one of them wrote, what’s the point of learning about it?

It isn’t clear to whom Jeff was directing his ire but I would bet it was Stephen Eliot who recently occupied the connoisseur’s corner:

I question the endless and oh-so-monotonous claims that so many people are intimated and confused about wine that it needs to be demystified. And, while it may be heresy to the populists that rule the blogosphere, I would offer the thought that plumbing its mysteries is precisely part of what makes fine wine so endlessly appealing. Fine wine, I would argue, wants contemplation and thought.

Why are we having this debate? Isn’t it obvious that there is more than one audience for wine writing and all must be served? The de-mystifiers are simply wrong if they think wine isn’t complicated. To really understand it requires years of study and lots of attentive tasting. There is no shortcut—if you want to understand wine you have to put in the work.  But the demystifiers are right that most wine drinkers don’t care about the arcana. You can enjoy wine without it, although without the knowledge you will miss some of what wine has to give. However, none of that torturous, convoluted winespeak will cause someone to fall in love. In the order of things, love comes first, then comes the poetry.

But the connoisseurs are not trying to persuade the average wine drinker to fall in love. Their audience is the already besotted. To speak to that audience requires a vocabulary more fine-grained that generic descriptors. Telling me that a wine is fruity and soft with a dry finish tells me almost nothing about wine quality and doesn’t distinguish one wine from the next since there are thousands that would fit that description. Wine is devilishly hard to describe and it stimulates the imagination as well as our sensibilities so if you want to provide accurate descriptions you have to invent a vocabulary that somehow represents what our senses sense—it seems to me “hedonistic” is a perfectly good description of some wines. That it bewilders the uninitiated is largely irrelevant.

To raise in victory the arm of the demystifiers is to treat wine as a mere commodity, like orange juice, with nothing to offer the lover.

To raise the arm of the connoisseur is to ignore the fact that most wine drinkers have not succumbed and want only a satisfying beverage.

Two styles of writing to serve two audiences. So can we declare this a draw before a knockout punch sends half the wine community to the mat.