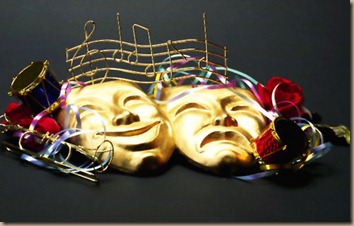 I think most people would readily admit that sometimes they have emotional responses to food. We feel revulsion when we taste spoiled food. Soup invokes feelings of security, consolation, and attachment to the home. Food triggers memories of events to which we have emotional responses as in Proust’s well-known encounter with the madeleine; for immigrants food often fills them with longing for or feelings of connection with an abandoned  homeland.

Yet  philosophers are reluctant to grant that food or wine has the emotional impact of the fine arts, and this is one reason for thinking food preparation cannot be a genuine art. Elizabeth Telfer writes:

There is a philosophical problem about what it means to say that music expresses emotion, as well as a problem about how music does it, but it is at any rate clear that it does, and that food does not.  (p.60)

Perfumes and flavours, natural or artificial, are necessarily limited: unlike the major arts, they have no expressive connections with emotions, love or hate, grief, joy, terror, suffering, yearning, pity or sorrow—or with plot or character development. (in “Tastes, Smells, and Aesthetics”, p. 249)

Even Carolyn Korsmeyer’s sympathetic treatment of food is skeptical about the food/emotion connection. She writes that unlike music and other fine arts, foods:

…require extended context to achieve their denotative and expressive meanings, that the items to eat by themselves do not always manage to carry their ritual or traditional or cultural significance. (from Making Sense of Taste, 45)

This quote from Korsmeyer gets to the heart of the objection philosophers have to the emotion/food connections. They claim that whereas music directly causes us to feel emotion, food, by contrast usually triggers emotions indirectly via memory. If apple pie gives me warm feelings of hearth and home it is because it triggers memories of home and it is those memories that I respond emotionally to, not the food itself. The emotion is in the memory, not the food. Food only has emotional significance because I associate it with something else.

With regard to music, the emotion is in the music itself, no association is required, or so it is argued.

But these claims about music are fraught with difficulties and the contrast between music and food will not hold. What emotion does B.B. King’s “The Thrill is Gone” express? Presumably, the emotion of being dispirited at the loss of a lover, resentment at being “done wrong”, and a stoic resolution to endure the loss. But the music doesn’t cause me to feel those emotions. I never feel dispirited or resentful when listening to that song. Music apparently does not directly cause emotions either, at least not those expressed in the music. Thus, the fact that food does not directly cause emotions does not permit an invidious contrast with music.

Furthermore, I know the meaning of “The Thrill is Gone” only because the music is associated with a lyric and song title that provides direction about the song’s interpretation. Without the lyrics and title, it is not obvious the song expresses any particular emotion.

Thus, it would seem that music also requires association with something else, a discursive representational medium such as language, in order to express emotion. It doesn’t stand on its own anymore than food does.

In fact, I doubt that music by itself (i.e. without lyrics or a linguistic association) expresses emotions at all. This is because emotions must be about something—fear is fear of something that is threatening, anger requires an offense about which one is angry, etc. In most contexts, when listening to music there is no object for an emotional state to be about. (Assuming I’m not angry at the music for being dreadful). I don’t feel dispirited when listening to “The Thrill is Gone” because there is nothing (presumably) for me to feel dispirited about. Of course, if the song provoked a memory of lost love about which I feel resentment then it would be indirectly causing the emotion. But in that case music is no different from food—they both require context in order to have meaning.

What music does express directly is mood. Music, by itself, can be mood-setting—joyful, exciting, depressing, anxious, etc.—because moods don’t require an object. I can be  joyful or depressed without being joyful or depressed about something. And music can encourage such moods.

But, of course, so can food and wine. Eating, drinking, or the anticipation of such can be joyful, exciting, depressing, anxious, etc. depending on what one is eating or drinking.

As Telfer points out in the above quote, the question of how music creates expressive meaning is vexed and still a subject of controversies. There are theories beyond those discussed in this post although I don’t find them persuasive. But food does not seem especially noteworthy in its reliance on context  to be expressive and the philosophical skepticism seems unwarranted.

The fact that food doesn’t typically directly express emotion is no reason to deny its status as an art.

5 thoughts on “Music, Food, and Emotion”