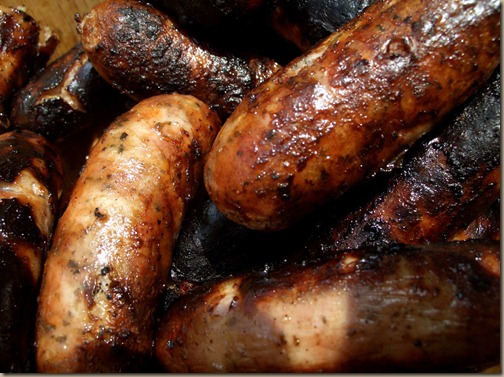 Food scientists have long insisted that there are only four basic tastes—sweet, salt, sour, and bitter—which correspond to what was thought to be four types of taste buds we have in our mouths. According to this paradigm, flavor differences between various foods can be explained by the relative balance between these four tastes plus differences in smell. Since human beings can detect thousands of smells, recognizing flavor distinctions was largely a matter of differentiating aromas.

This 4-taste paradigm has provided fodder for the argument that food should not be taken seriously as a source of genuine aesthetic experience, since taste sensations are too simple and limited to be the object of serious contemplation.

I have never been convinced by this 4-taste paradigm.  Is the difference between the taste of chicken and beef, or potatoes and broccoli really just a difference in quantities of sweetness, saltiness, sourness, and bitterness plus aroma? Intuitively this strikes me as implausible. My craving for grilled sausages is not a craving for salt or sugar, yet it is nothing like an appreciation of the aroma of a rose either. There is something distinctive about a craving for fat. Our intuitions about nature are often wrong (the sun does not revolve around the earth), so we shouldn’t rely on them much. But I have always been skeptical that the 4-taste model is the last word on the subject.

Science is beginning to confirm that skeptical intuition. The receptor for a  fifth taste—umami (which roughly translated means “meatiness”)—was discovered in 2000, and the scientific community has gradually come to accept it as a fifth taste. More recently, some food scientists are arguing that “fatty” is not merely mouthfeel but is also a distinct taste, an hypothesis that received additional support from a new study published this week that identifies the receptor for “fattiness”.

The study is the first to identify a human receptor that can taste fat and suggests that some people may be more sensitive to the presence of fat in foods. The study is available online in the Journal of Lipid Research.

Investigators found that people with a particular variant of the CD36 gene are far more sensitive to the presence of fat than others.

So now we know why “fat-free” usually means flavor free. All the more reason to ignore the lo-cal ice cream and reach for the real stuff.

I suspect that eventually we will find still more taste receptors, and we are only just beginning to understand the complexities of the way the brain processes sensory information from the taste buds. Some scientists are convinced that complex differential patterns of activity across various cell-types explain perceptions of taste, rather then direct stimulation of particular types of taste cells.

As the taste paradigm expands it will be increasingly clear that taste is far more complex than originally thought. When combined with our ability to discriminate aroma, the basic elements the chef has available for creative self-expression are every bit as complex as the painter’s palette or the musicians soundscape.