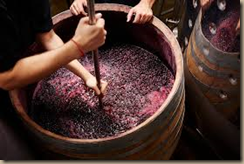 In modern culture we are too easily seduced by perfection. We want the perfect job, seek the perfect look, strive for the best life we can achieve. We try to eliminate all the rough edges and imperfections until in the end we achieve—uniformity, everyone pursuing the same ideal. We strive for that ideal because we fear being different or showing weakness.

That’s boring. There is beauty in the imperfect and incomplete.

Asymmetry, simplicity, raw, unadorned austerity have their own attractions. Drinking from an old, cracked coffee cup, a face marked by an unusual line, a chilly, fog shrouded shoreline, or parched forbidding desert—when something is not quite right we not only experience a sense of  profundity but witness the source of vital creativity in life. A system that is too perfect lacks the diversity to cope with uncertainty. Only systems that allow for imperfection can evolve. There is no growth without adversity.

The Japanese call the appreciation of the imperfect Wabi Sabi.

In the wine world those rustic wines from Chianti, the table wines from Portugal, or from Cahors in Southern France express the same aesthetic—the delight in simplicity, the sincerity of the unsophisticated, the determination to resist homogeneity, a stubborn refusal to be assimilated. They express the heart and soul of their regions and the people who inhabit them because those traditions were themselves forged out of the need to overcome adversity.

While we’re chasing down the best wines in the world in the desperate search for 100 pt. blockbusters we should not forget about the pleasures of the flawed and the messages they carry. 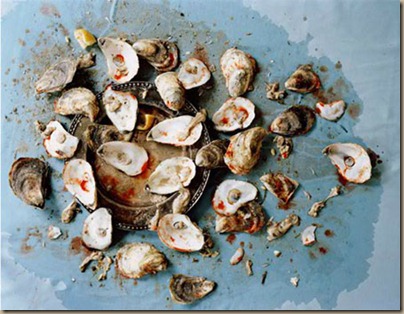 The experience of transience and of the mortality of things can be profoundly moving and in itself a kind of aesthetic experience. Both Japanese art and environmental art depend on it.

It is also in part what gives performance art its character.

I recall many years ago attending a performance of Tchaikovsky’s Piano Concerto #1 by the Rochester Symphony Orchestra. (The orchestra’ members were often from the highly regarded Eastman School of Music and thus enormously talented.) One of the more meditative sections—with the audience silent, and the pianist really on his game—I found especially moving despite the fact that I had heard the passage many times before. It struck me that this experience—the perfect realization of the passage and my listening to it under optimal conditions—may never happen again. That recognition of the impermanence of the experience gave it greater depth and weight.

So it is with all performance art—the performance lasts a few moments and then it is gone. Of course, a similar performance may recur, but that singular moment of connection when that performance and that listener at that moment are in sympathetic union is both rare and vanishing. Such losses are routine in improvisational jazz—the piece may quite literally never be played again in that way. That recognition of the pathos of impermanence is part of the appreciation.

So I’m puzzled when people claim that food cannot be art because it must be consumed to be appreciated, and thus lacks the permanence of genuine works of art. To endorse permanence (or, better, something like semi-permanence or stability) as a necessary condition of art is to exclude that performance of Tchaikovsky from the realm of art, which of course is a reductio of the argument.

The reasons given for such a position are that works that disappear in their performance cannot be re-evaluated over time. Thus, we are unlikely to have an objective view of them since any evaluation will inevitably be caught up in the vicissitudes of circumstance. As a consequence, no such work can withstand the test of time and achieve the greatness of works appreciated over many generations.

Of course, it is not quite true that performances must disappear. With regard to music as well as food, the compositional structure of the work—which is part of what we appreciate in a performance—is preserved in the musical score or the recipe. And today, we can preserve musical performances by recording them, although such reproductions are missing the context that often informs the aesthetic appreciation of a performance. (No word yet on the technology to “record” taste experiences)

But why should any of this matter? The impact of the work is not reduced by its impermanence. Its impermanence is in part what is appreciated—it contributes to aesthetic value. No doubt it is more difficult to evaluate an evanescent work. But using that consideration to reject their status as works is like refusing to play baseball because the balls and strikes are hard to call. To make such a fetish of objectivity is to value more highly the measurement over the experience.

We don’t go to ballgames to watch the umpire; and we don’t think reading the reviews can replace the listening or dining experience.

It is the evanescent quality of a dish or meal that contributes to its nature, and its appreciation is part of the experience. As an argument against the aesthetic status of food, this will not fly.