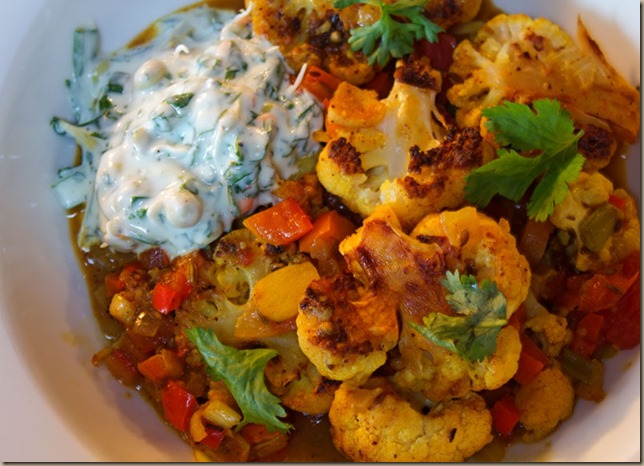 Much of modern art takes an ordinary object as its subject matter and transforms it into something extraordinary by placing the object in an unusual context. The edible arts are no exception. Although the tools of modern science give chefs the ability to fundamentally modify the form of ingredients, you don’t need a chemistry degree to create stunning effects. By playing with the function of an ingredient and giving it a new role and unexpected partners, chefs can transform how that ingredient is perceived.

This dish by Gray Kunz and Peter Kaminsky from their book Elements of Taste is a good illustration of this principle.

Cauliflower is almost always served as a side dish or a minor component in a larger dish. It seldom stands alone as a featured flavor platform. Mild and vaguely nutty when raw, when cooked it begins to smell like, well, funky feet, and without some serious dressing up with salt and butter or cheese, it just becomes insipid the more it is cooked. Only when roasted, does cauliflower begin to taste like food. But almost everything tastes better when roasted and a plate of roasted cauliflower by itself still adds up to a boring meal. But that “funky feet” flavor can be a welcoming host when the proper guests are invited to contribute. In this exotic main dish, cauliflower stars as a gloomy contrast to overly exuberant fruit. The fruit shows a different side as well. The taste of fresh fruit is equally dependent on acidity and sweetness. Yet, in cooking, we typically think of a fruity dish as highlighting sweetness, with sourness employed to achieve balance. This dish reverses that equation-the sourness of lemon plays a starring role but is kept in check by explosive contrasting flavors.

Tasting notes: The foreground flavor is bracingly sour fruit, flavorful yet astringent, that permeates the broth and persists throughout the taste experience. Curry provides a persistent background note while the thin slices of ginger, with cumin and coriander kept whole to provide little explosions of flavor, keep the sourness from overwhelming. This flavor profile along with the cooling raita  contribute to the exotic, vaguely Indian feel of this dish.

Cauliflower is serving as a flavor platform and aspires to dominance without ever quite achieving it given the strong flavors of its partneers. The usual malodorous “funky” flavor of cauliflower becomes, in this dish, a mild dusky presence, like a gloomy twilight, that contrasts with the bright astringency of the sour fruit and sharp attack of the slices of ginger. The cauliflower tempers the bright, assertive flavors preventing their high spirits from manipulating the mood of the dish, while the exotic spice mix masks the “funkiness” of the cauliflower allowing its dark, gloomy note to persist. While eating through the dish, the curry and yoghurt melt into the broth, gradually transforming the dish from an exotic exploration of sour fruit to something tamer and more comforting-until the slices of ginger punctuate, leaping to the foreground to pull us back toward exotica.  As this battle between fruit and foreboding fades, the picante dimension of the ginger and pepper remains, perking up the palate in anticipation of another bite.

Recipe is below or can be found elsewhere online here: