I love port and sherry but this is not a passion widely shared. While younger drinkers have recently been reaching for the Moscato and sweet red blends, in general, the popularity of traditional sweet, dessert wines, is in a long-slow decline. In part, this is because modern winemakers have learned how to stabilize wine without adding sugar so fortified wines are no longer as important to the wine industry. Furthermore, because fortified wines require aging to reach their potential,  they are expensive to make and unattractive to a wine-buying public that is in the habit of drinking wine soon after purchase.

But their image problem doesn’t help. Port brings to mind old men smoking big cigars and sherry is grandma’s go-to Christmas tipple—neither guise will cause bottles to fly off the shelf.

If sweet wines are to make a comeback, producers will have to innovate and generate excitement with new taste sensations—Vinavanti’s Alchemist does just that.

A burst of apricot pound cake with orange zest and baking spices opens the nose and palate but, with its disciplined backbone, this is no ordinary dessert wine. It has a complex texture with a soft, round layer of fruit in tension with bristling acidity and fiery, medium grain tannins that creep up and grab. Clean, bright, and drying on the finish. If you’re tired of cloying, dessert wines you will find this refreshing.

One of the most original wines I’ve come across.This is 100% Viognier fermented with indigenous yeast on skins, seeds, and stems in a conical-shaped beer-fermenter, which after fortification is sealed for 4 months before bottling. (The cone-shaped fermenter was inspired by the qveri, a conical clay pot used by Georgians in their traditional winemaking.) No. I never heard of it either, but it produces an exhilarating wine that evolves from enticing to fierce.

If you want innovation, you won’t find it in big, commercial wineries with bean-counters poking around the barrel room. Look to your small, local winery where dedicated iconoclasts like Vinavanti’s Eric Van Drunen can be found working through their personal vision.

Vinavanti is an urban winery and tasting room in San Diego, specializing in low-intervention, “natural” wines, and soon to move into new digs in Hillcrest.

Score: N/A [Wine scores are inherently comparative. I don’t know the comparison class for this wine] 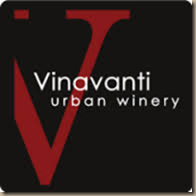 So called “natural wines” are not new. There have always been winemakers who believe that great wines are made in the vineyard and too much creative intervention in the winery will cover up the distinctive flavors of the soil and climate in which the grapes are grown. But the technological advances in winemaking over the past 30 years have given winemakers extraordinary control over the winemaking process and the tendency today is to use technology to eliminate flaws, reduce vintage variation, and shape wines to conform to the preferences of consumers for smooth, easy drinking, consistent juice. The result is remarkably dependable wines, sometimes great, but often mediocre and homogeneous.

Enter the contemporary “natural wine” movement that would like to see us return to the days when all the vagaries, risks and rewards of nature are writ in the flavors and textures of the wine. Their approach is to resist as much as possible manipulating the wine, refusing to use the apparatus of modern industrial methods and chemical additives to adjust flavors and textures or correct flaws. This is a dicey proposition since bad weather or a misstep in the vineyard or winery can result in disaster, and one never knows from one vintage to the next what the final product will taste like. All the risk and uncertainty is part of the fun.

Not every natural wine is worth drinking; the risks are real. But when it works the result can be extraordinary—unique wines with fresh, vibrant, complex flavors, and all the excitement that comes with having won the lottery.

If you haven’t tried them you should. And if you happen to live in the San Diego area, the best opportunity to taste a line-up of natural wines is Vinavanti, an urban winery in Mira Mesa. Their line-up of Rhone varietals is nothing short of extraordinary. Winemaker Eric Van Drunen is the King of No—no oak, no added acidity, no added sulfites, no commercial yeast, no added tannins, no added enzymes, no fining, and no filtering. Much of this is heresy in the winemaking business, but it takes a good heretic once in a while to keep the world afloat.

My favorite was the Mourvèdre.

On the nose, dark plum but some strawberry jam as well, with a bouquet of flowers nestled within thick fumes of tarragon and smoke. Bold, fresh, mouth-coating, ripe fruit on the palate, almost caramel-like but with considerable finesse, light on the tongue despite its size. A slight effervescence contributes to this feeling of buoyancy. Tannins are apparent but elegant and flavorful, supporting charred meat flavors on the finish.

Mourvèdre is typically not shy; it is in-your-face and often unusual and distinctive.  This wine immediately gives the impression of originality and will strike you as odd at first. It is the most thrilling wine I have had all year.

I guess it must be that time of the year again. Every six months or so, it seems, the wine blogosphere erupts in a cascade of screed, accusation, and innuendo about so called “natural wines”.  This latest go-round was initiated by an intemperate article in Newsweek entitled “Why ‘Natural’ Wine Tastes Worse Than Putrid Cider”. As you might imagine, that provoked some wine writers to come to the defense of natural wines and others to offer somewhat more restrained denounciations.

If you are one of the billions of people on this planet who avoid the wine press and wine blogs you might never have heard of “natural wines”. Essentially these are wines made without cultured yeast, mininimal (or no) use of the preservative sulfur dioxide, no modern winemaking technology such as reverse osmosis or micro-oxygenation, no additives such as mega purple or additional acid, no filtration, and using only grapes grown organically and/or sustainably–the way wine was made 100 years ago.

So what is wrong with modern winemaking technology? Well, environmental issues such as soil depletion and potentially harmful chemicals to start with, but natural wine enthusiasts also claim modern industrial winemaking destroys flavor, creating generic wines that lack freshness, complexity, and that no longer reflect the unique characteristics of the grapes’ origins.

This is controversial because modern winemaking technology is, in part, designed to eliminate flaws, bad bottles, and to preserve the wine for shipping and storage. So making (and purchasing) wine without that technology is inherently risky. It is, however, not quite true that natural winemakers eschew modern technology. The natural winemakers I know obsessively test their wines in the lab, use the latest in storage technology, and are scrupulous about cleanliness in the winery using the best equipment they can find to make sure their facilities, storage containers and equipment are free of bacteria. The idea that they are luddites is absurd.

So what does this controversy come down to? On one side, the traditionalists claim that natural wine enthusiasts are ignoring flavor in favor of a dogmatic ideology, deceived by the romantic lure of the idea of “authenticity” into making inferior wine. On the other side are the enthusiasts who claim that the wine revolution is upon us if only the close-minded and hidebound apologists for big business would get out of the way.

In the middle are the vast number of artisanal wine producers who use technology when necessary but only as a last resort, who believe vineyard expression is what matters most but that some intervention sometimes is necessary to produce the best wine they can.

Part of the controversy arises because the word “natural” is ill-defined and there are no standards for what counts as natural wine and often no way of knowing whether a wine is natural or not. There is a simple solution to this–require ingredients to be listed on the bottle so consumers can make their own decisions about what they prefer and are less dependent on the marketing of the word “natural”.

But another main source of confusion is the idea that we can somehow distinguish flavor from the idea of what we’re drinking. Flavor is an idea influenced by our past, our environment, and most importantly our thoughts about what we’re tasting. Natural wine enthusiasts are not ignoring flavor in favor of dogma. They define flavor differently because they have a different idea of what flavor should be. The traditionalist notion that great wine must be made from very ripe grapes, filtered, and heavily oaked is itself a kind of dogma. There is no neutral ground called “flavor” that defines what flavor is and our various ideologies inevitably influence our judgments.

The attitude I find most disturbing is one expressed by Matt Kramer whose writing I usually admire. He writes

For those of us on the sidelines, watching the crusaders on both sides saddle up for yet another joust leaves a bad aftertaste. And that is surely not what fine wine is supposed to be about.

The idea that we shouldn’t disagree about these things takes wine out of the realm of the aesthetic. As Kant insisted, the idea of beauty (as opposed to mere subjective preference) produces judgements that aspire to be universal. The fact that the taste of wine matters enough to argue about and take sides with the aim of convincing others means that wine is not just a preference but an attempt to experience something of genuine value and import. If it were like a preference for Orange Maid or Sunkist then arguments would appear to be beside the point. Everyone in the wine world should welcome this controversy because it is a sign that wine is not merely a commodity like orange juice but a work of art worthy of our commitment.

In closing let me weigh in on the controversy. Some natural wines are better than others. Some are flawed or just ordinary. But I’ve had natural wines that are extraordinary. Someone who claims that they all taste like “putrid cider” is just ignorant. The trick is to know the producer so you can return a bad bottle, buy local, and drink young to avoid the need to store them.